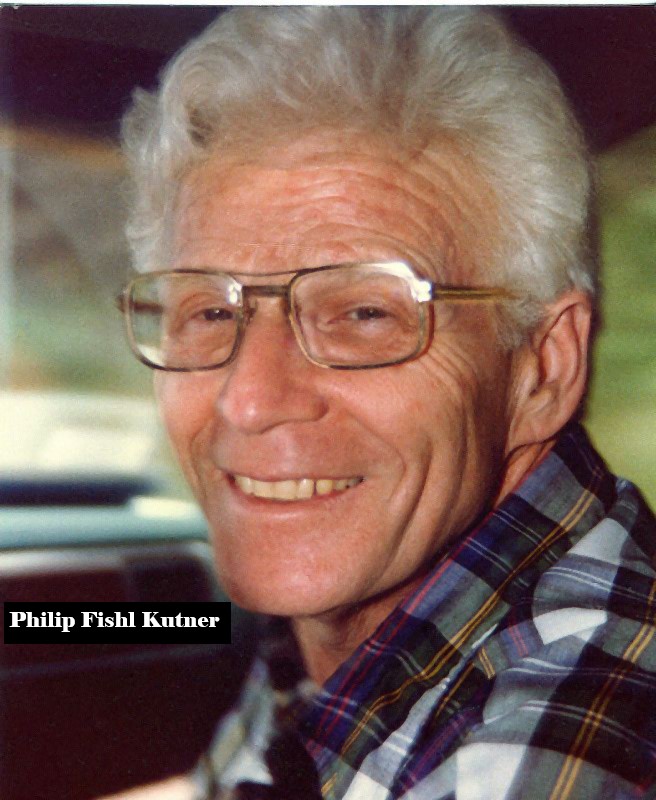 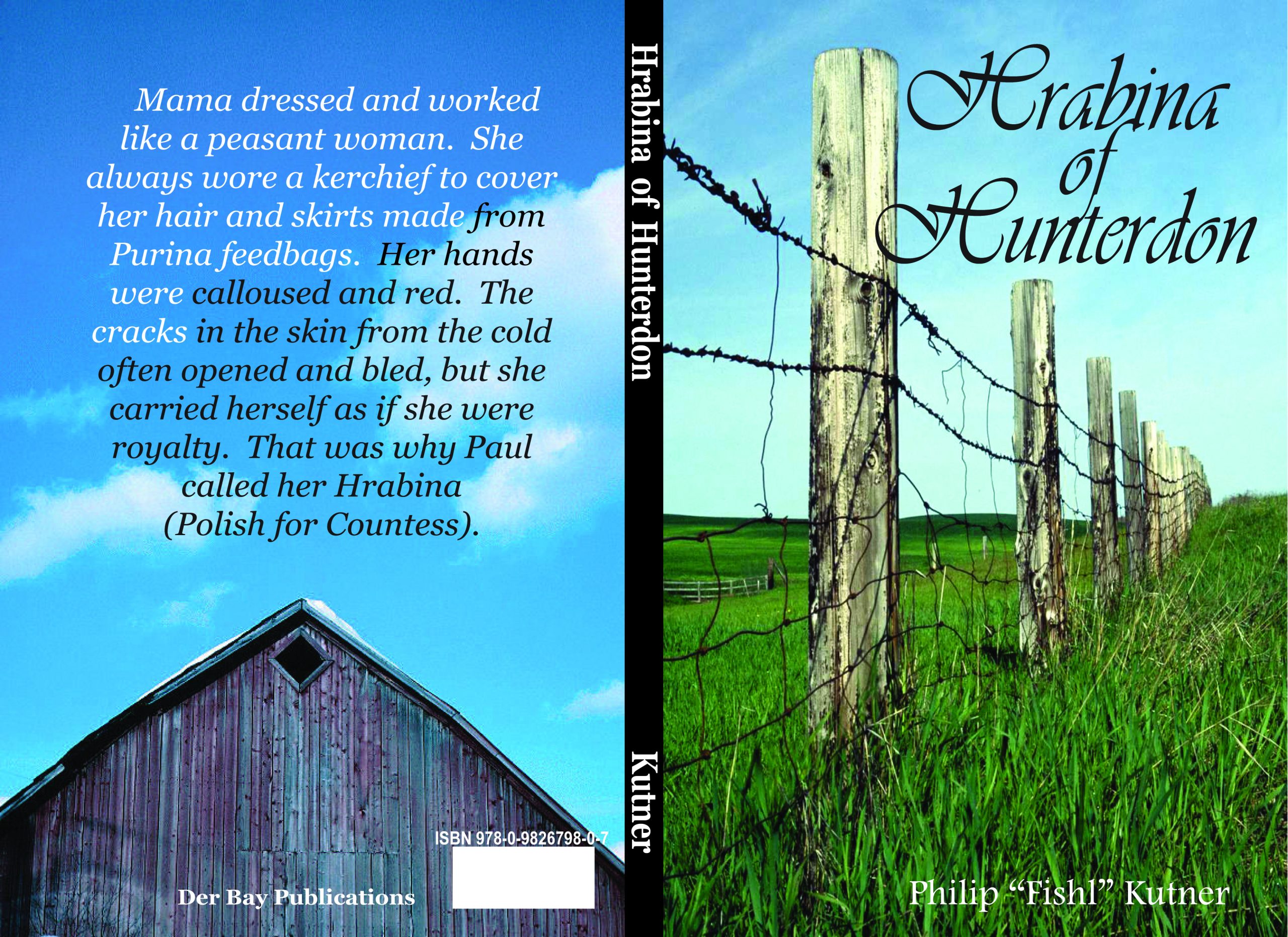 Fishl was born in New York City at Harlem General Hospital, in 1926, when Harlem was a white, middle-class neighborhood.  At an early age, Yiddish was the language of use. His upbringing was strict Orthodoxy. His mother, Pearl, brought the orthodox background to the family and she prevailed throughout the marriage. She came to America from Tiktin (Tikocyn), Poland in 1922 at the age of 20 and married Max Kutner in 1925. Fishl’s Dad’s side of the family came to America in 1912 from Lodz, Poland and had no interest in religion. Since Pearl’s parents spoke no English, the children spoke Yiddish in their presence. This lasted as long as they lived in New York.

In 1937, Fishl’s dad bought a poultry farm a mile East of Baptistown, NJ and eight miles from Flemington–the site where the Charles Lindbergh baby kidnapping trial was held. The Kutner children attended a one-room elementary school having only twelve children, no electricity, a pot-belly stove for heat, outhouses, no running water and the entire administration, faculty, and support staff consisted of only one teacher. At sixteen, Fishl graduated from Frenchtown High School, in Frenchtown, NJ, right on the Delaware River and the place of the notorious “hundred year flood”. He received a four-year scholarship and majored in Agriculture at Rutgers University. After graduation,  Fishl wooed and married Sally Buzzel, whose mother owned a small grocery store and whose father peddled produce by horse.

During this time he had a farm, but In 1955 a hurricane hit and in the ensuing flood wiped him out with the loss of 10,000 Leghorn breeders. To make a living for Sally and now three children, he went back to teaching. However, the high school agricultural programs were disappearing.

In 1984, Fishl retired the first time. Sally and he left their 3 children (Shelley, Ken and Debbie) and grandchildren on the East Coast and came out to “sunny California”. Here he worked in his brother Sol’s construction-claims and litigation-support firm. After ten years, his work began to interfere with his volunteering, so he retired a second time. In California new hobbies and interests have been pursued. Sally and Fishl became co-presidents of a B’nai B’rith couples unit and editor of its newsletter.

Hobbies in Genealogy and Storytelling followed with training at the NAPPS (National Association for the Preservation and Propagation of Storytelling) national headquarters in Jonesborough, TN. In 1994 it changed its name to National Storytelling Network.

Fishl added to his community involvement by taking training to be a mediator. He has handled caseloads in the San Mateo County Small Claims Court, as well as the Peninsula Conflict Resolution Center.

His published mediation articles include; The Role of Disengagement in Mediation, Sholem Aleichem’s 75th yortsayt was a factor in rekindling interest in Yiddish.

After helping the Jewish Community Centers in the Greater San Francisco Bay area with Sholem Aleichem celebrations, he started a single page newsletter of “What’s going on in Yiddish in the San Francisco Bay The Yiddish Network (TYN) was started in 1991 and now has 460 contacts in every state in the U.S. and 35 other countries. Compiling lists of Yiddish teachers, Yiddish clubs, translators and Klezmer Bands followed, and now it is an international clearinghouse. Much of this is done online.

Fishl is a zamler for the Yiddish Book Center and active in Der Arbeter-Ring. He was Chairman of the Northern California District for 15 years and a West Coast Representative on the National Executive Board. He was Vice-President of the International Association of Yiddish Clubs (IAYC) and his newsletter reports events of the organization. His pesentations have been at the IAYC conferences, CAJE at Adelphi, B’nai B’rith Women National Convention, and Holocaust groups.

Fishl became active in the San Mateo County Council of the Blind (SMCCB) and is the past president as well as being the webmaster of their website at www.smccb.org. It is an affiliate of the American Council of the Blind (ACB). This work led to his being appointed as a commissioner of the San Mateo County Council on Disabilities. His published articles on visual impairment include; ACB Chapter Websites–Make One, Is He or Is He Not, Chapter Leadership, and One Club’s Operating Procedure, Failing Sight and the Family Plight, I Know or Eye No. His speaking engagements have been at schools, senior centers, health fairs, B’nai B’rith, temples, and to an HLAA club for the Hard of Hearing. He represented the SMCCB on THRIVE, the county association of non-profits.

His community service also included being on the San Mateo Community College Committee on Community Involvement.

The 90 articles on Mama, that appeared in Der Bay, was published in a book entitled Hrabina of Hunterdon. It is the title of one of the stories. Hrabina means “Countess” in Polish. The title was used by a Polish hired hand on their poultry farm in Hunterdon County, NJ. The book was released at the 13th conference of the International Association of Yiddish Clubs of which Fishl was chairman.

The weekly Yiddish class continues to meet every Wednesday night. It emerged from his Yiddish club at the Peninsula JCC when it still was in Belmont and has been meeting at his home ever since. The small group meets around the kitchen table and is fortunate to have students who are native German and Hebrew speakers. With the publication of Der Bay’s issue Vol. 26 – No. 1 (January 2016), it marked the 25th anniversary and its final issue.